She dreamed the judgment day had come. The great books were opened. The people all stood before God. And Jesus Christ said, "Separate the chaff from the wheat; put the goats on the left hand, and the sheep on the right. And an angel came, and said, "I must take the mother, she is a sheep: she must go to the right hand.

The children are goats: they must go on the left. Must we be separated? Young man, what will be your thoughts, when the last day comes, to hear Christ say, "Depart, you who are cursed? And, as you ask whose voice was that, you will find out that it was you mother. Or, young woman, when you are thrown into the utter darkness, what will you think when you hear a voice saying, Amen. And as you look, there sits your father, his lips still moving with the solemn curse.

It will be the hell of hells for you to look up and see there "poor Jack," the drunkard, lying in Abraham's bosom, while you, who had a Christian mother, are thrown into hell, simply because you would not believe on the Lord Jesus Christ, but instead refused His gospel, and lived and died without it! That is what makes it hurt so much, to see ourselves thrown out, when the chief of sinners finds salvation.

As soon as hypocrites arrive at the gates of heaven, Justice will say, "There he comes! He spurned a father's prayers, and mocked a mother's tears. He has forced his way downward against all of the advantages mercy has supplied. And now, there he comes. Gabriel, take that man. He commands you look down--down--down. There is no bottom; and you hear coming up from the abyss, gloomy moans, and meaningless groans, and screams of tortured spirits.

You tremble, your bones melt like wax, and your marrow shudders within you. Where now is you strength?

And where is your boasting and bragging? You shriek and cry, you beg for mercy; but the angel, with one tremendous grip, quickly jerks you, and then hurls you down, with the cry, "Away, away! You will be thrown out. And where are you to be thrown to?

You are to be thrown "outside, into the darkness;" you are to be put in the place where there is no hope. For, by "light," in Scripture, we understand "hope;" and you are to be put "outside, into the darkness," where there is no light--no hope. Is there a man here who has no hope? I can't imagine such a person. One of you, perhaps, says, "I am in deep financial debt, and will soon have to sell all that I have; but I have hope that I may get a loan, and so escape my difficulty. But, in hell, there is no hope. They don't even have the hope of dying or the hope of being annihilated.

But it cannot be--it is "forever. But I want to finish this as quickly as I can; for who can bear to talk like this to his fellow creatures? What is it that the lost are doing? They are "weeping and gnashing their teeth. You wouldn't do it unless you were in pain and agony. 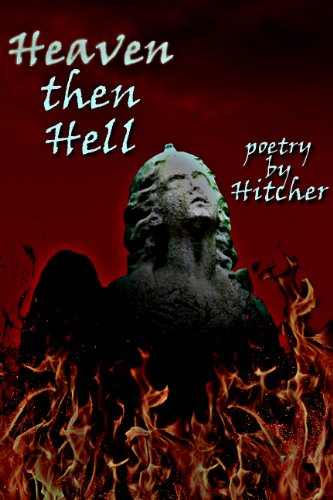 Well, in hell there is always gnashing of teeth. And do you know why? There is one gnashing his teeth at his companion, and mutters, "I was led into hell by you; you led me astray, you taught me to take the first drink. You made me act worse than I would have when we went out drinking at night.

There is a child who looks at her mother, and says, "Mother, you taught me to be dishonest. And, I think, if there are any who will gnash their teeth more than others, it will be the seducers, when they see those whom they have led into immorality, and hear them saying, "Ah! Tonight, do any of you have on your consciences the fact that you have led others to the pit of hell? O, may the sovereign grace of God forgive you.


Now a lost sheep never goes astray alone, if it is one of a flock. I read lately of a sheep that leaped over the side guard railing of a bridge, and was followed by every one of the flock. So, if one man goes astray, he leads others with him. Some of you will have to give an account for others' sins when you get to hell, as well as your own.

Oh, what "weeping and gnashing of teeth" there will be in that pit!

Now shut your Bible. Who wants to say any more about it? I have warned you solemnly. I have told you of the wrath to come. The evening darkens and the sun is setting. I can see gray-headed men here. Are your gray hairs a crown of glory, or a fool's cap to you? Are you on the very verge of heaven, or are you staggering on the edge of your grave, and sinking down to hell?

Let me warn you, gray-headed men; your evening is coming. O, poor, staggering gray-head, will you take the last step into the pit? Let a young child step in front of you and beg you to reconsider. Think tonight of your past seventy years worth of sin. Let your past life march before your eyes.

What will you do with seventy wasted years to answer for--with seventy years of criminality to bring before God? God give you grace this night to repent and to put your trust in Jesus.

Heaven and Hell in Christian Thought (Stanford Encyclopedia of Philosophy)

And you, middle-aged men, are not safe either; the evening lowers on you too; you may die soon. A few mornings ago, I was awakened early from my bed, and asked that I would hurry and go to see a dying man. I hurried as fast as I could to see this poor dying creature; but, when I reached the house, he was dead--a corpse.

As I stood in the room, I thought, "That man gave little thought that he would die so soon. None of you have a signed guarantee on the length of the days of your lives. Go and see if you have such a contract anywhere in your house.

Therefore, let me warn you by the mercy of God; let me speak to you as a brother; for I love you, you know I do, and would press the matter home to your hearts. Oh, to be among the many who shall be accepted in Christ--how blessed that will be! And God has said that whoever will call on His name will be saved: He throws none out that come to Him through Christ. And now, you young men and women, one word with you. Perhaps you think that religion is not for you.

Let me tell you one thing. If you do live till that time, if you have no heart for God now, you will have none then. Men do not get better if left alone. They are just like a garden: if you leave it alone, and allow weeds to grow, you will not expect to find it better in six months--but worse. Men talk as if they could repent whenever they like. It is the work of God to give us repentance. Some even say, "I will turn to God someday.